What happened to August? It felt like a whirlwind and here we are, a whole week into September. The kids are back in school and I’m back to cooking in a way that makes me feel good. Something has switched with me this week and I’ve felt motivated to make. Let’s catch up. 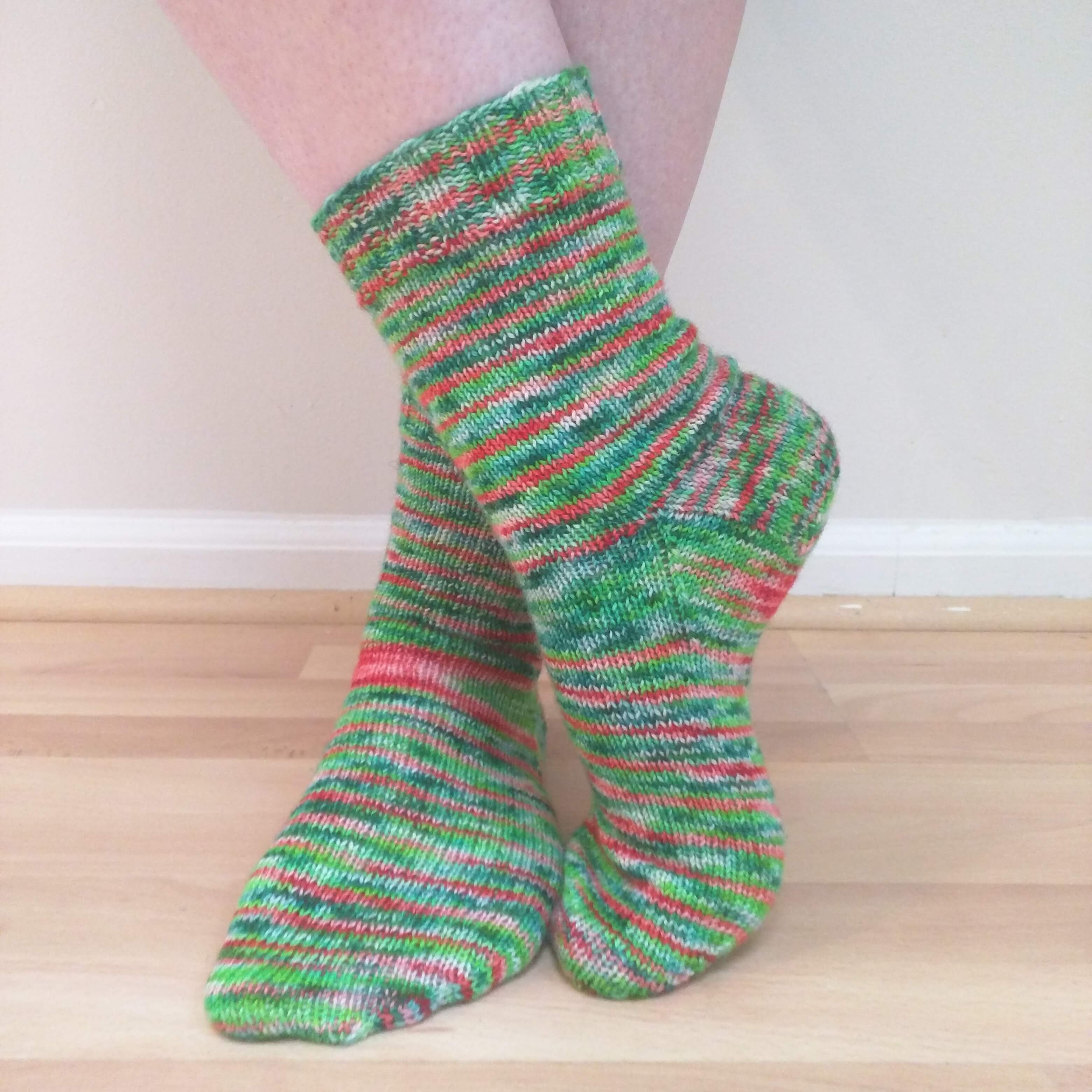 I finally finished my Christmas socks! The yarn is Lattes and Lllamas BFL sock in Ugly Christmas Sweater. That’s one off the #wipwipeout list. 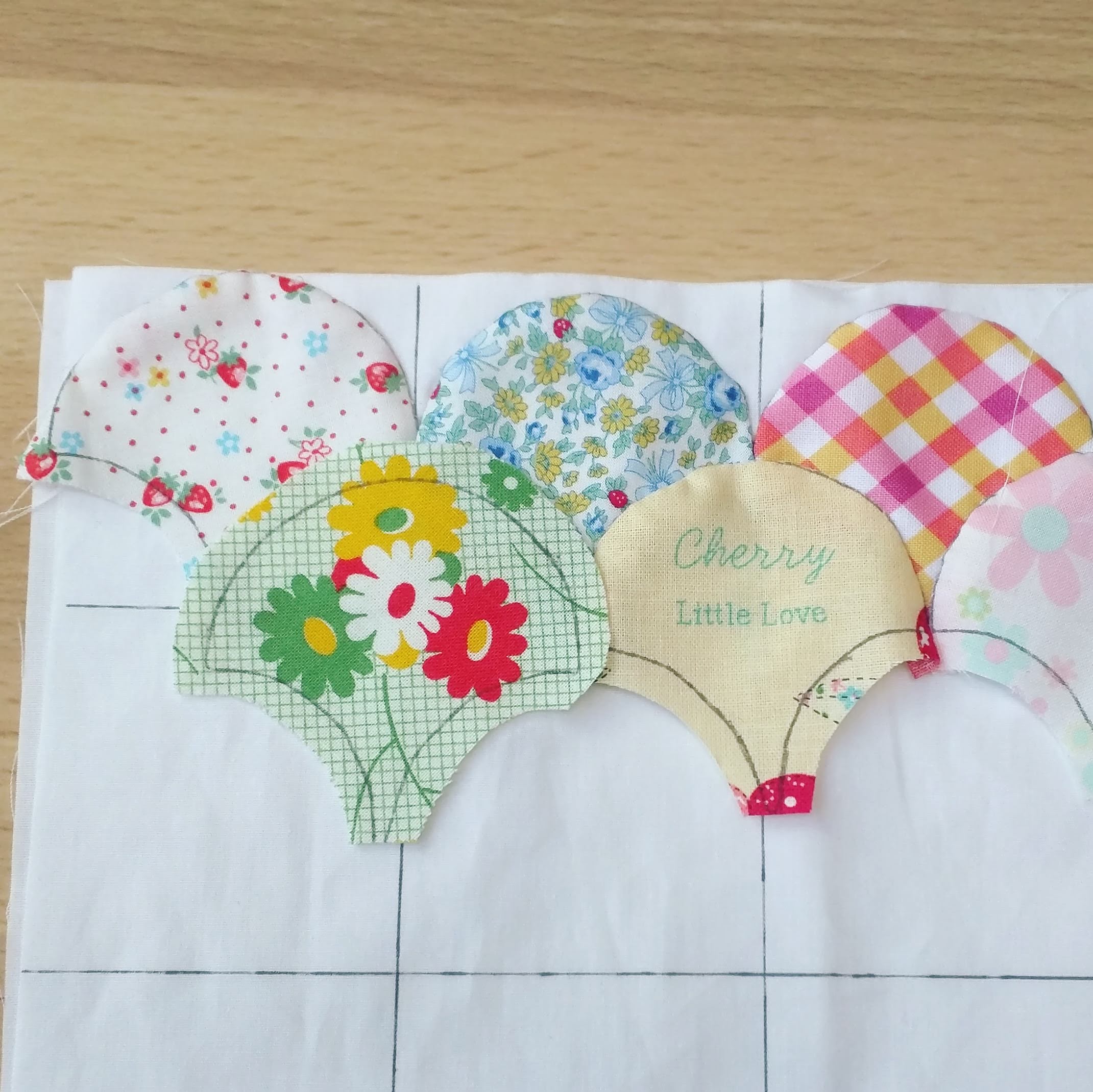 I decided to try needle turn applique on soem clambshells. I’m using the tutorial from over on the Sunny Day Supply blog. I still need practice, but they’re super cute. 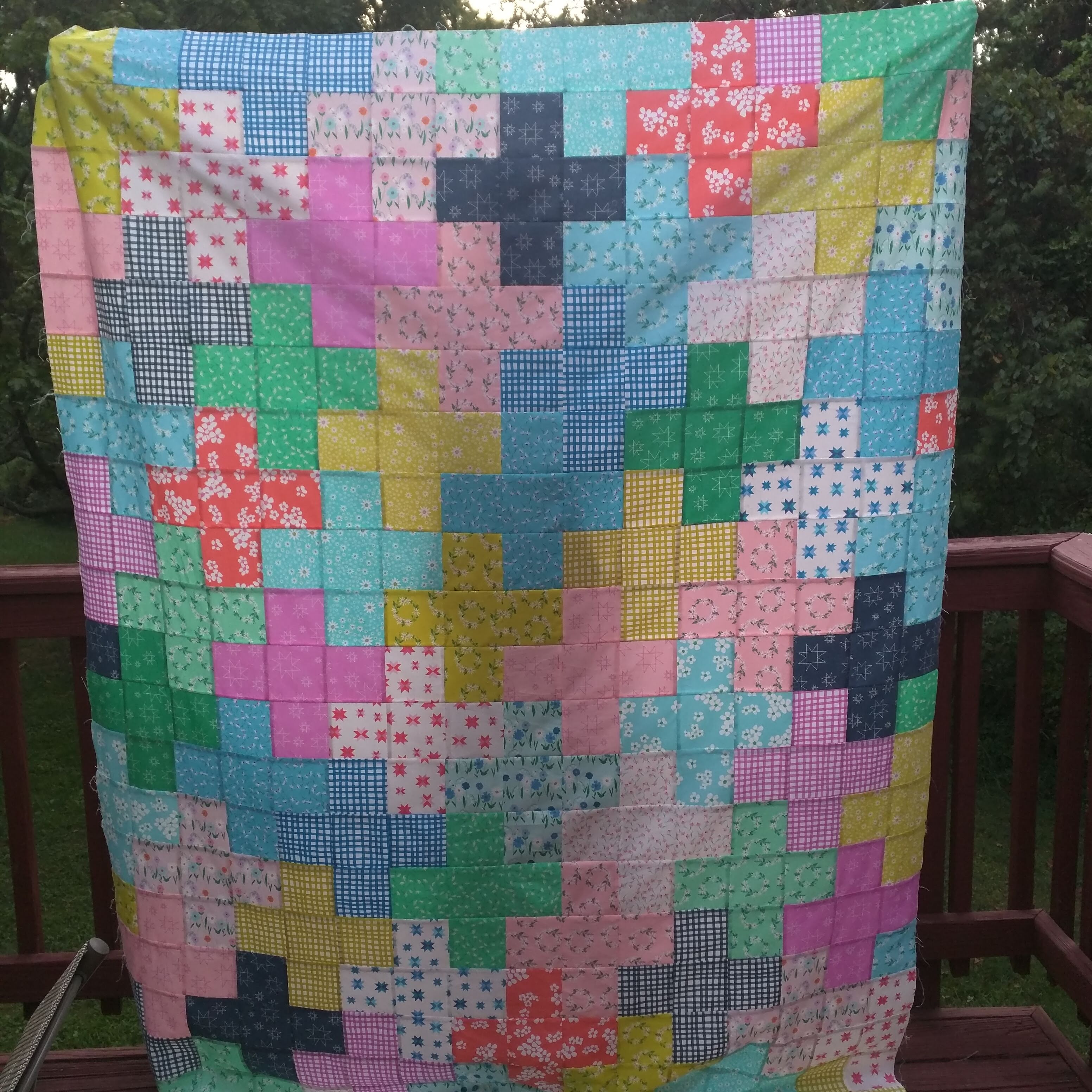 I finihsed a quilt top! I cut it out and sewed up the rows over my birthday weekend and then finished sewing the rows together a couple of weeks later. I really liek this quilt top, the pattern is great. It’s Arthmetic by Jeni Baker, I did the 4″ square version. 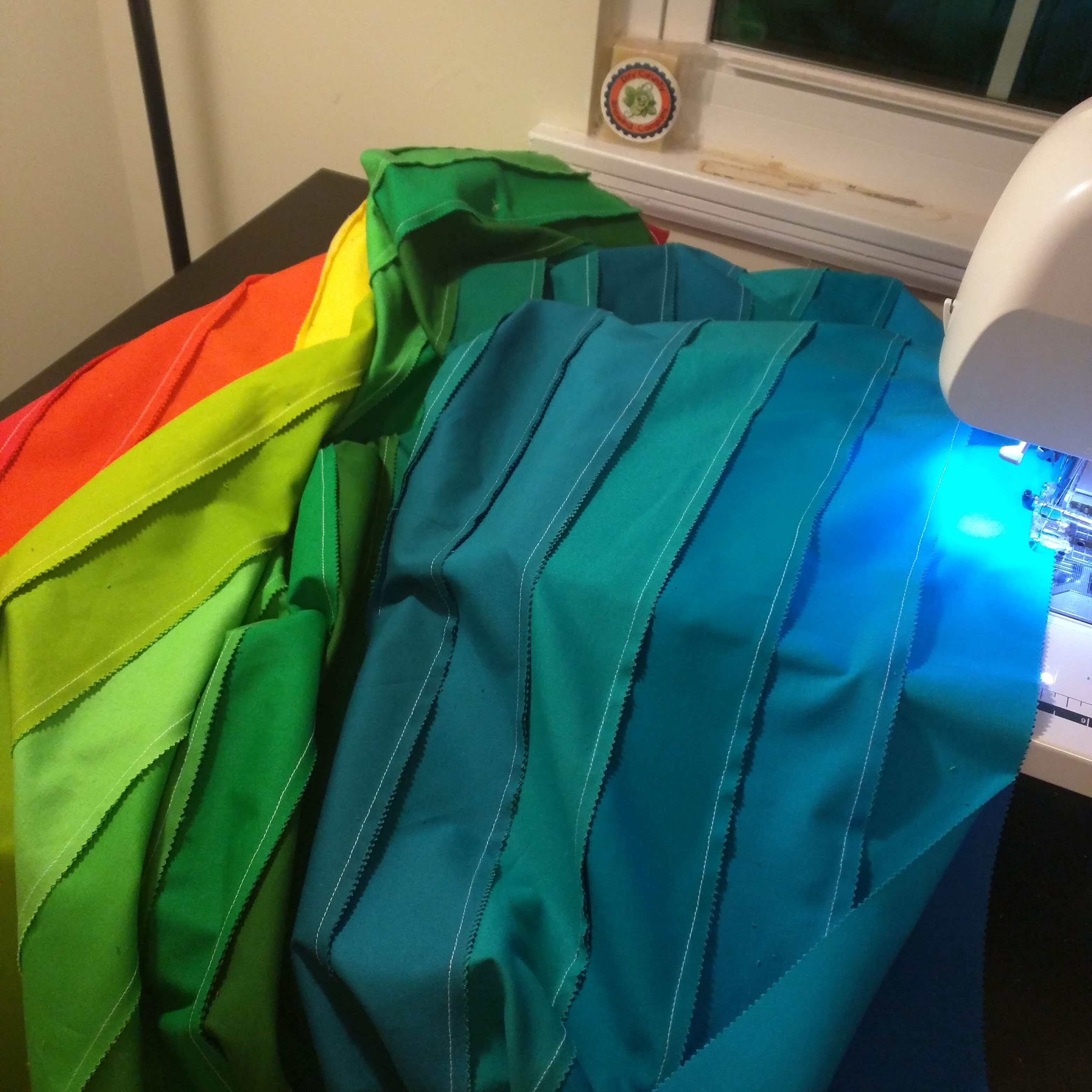 Pretty much as soon as the Arthmetic top was done, I started sewing up some rainbow strips for a bargello quilt. It’s still in the sewing strips together phase at this point. 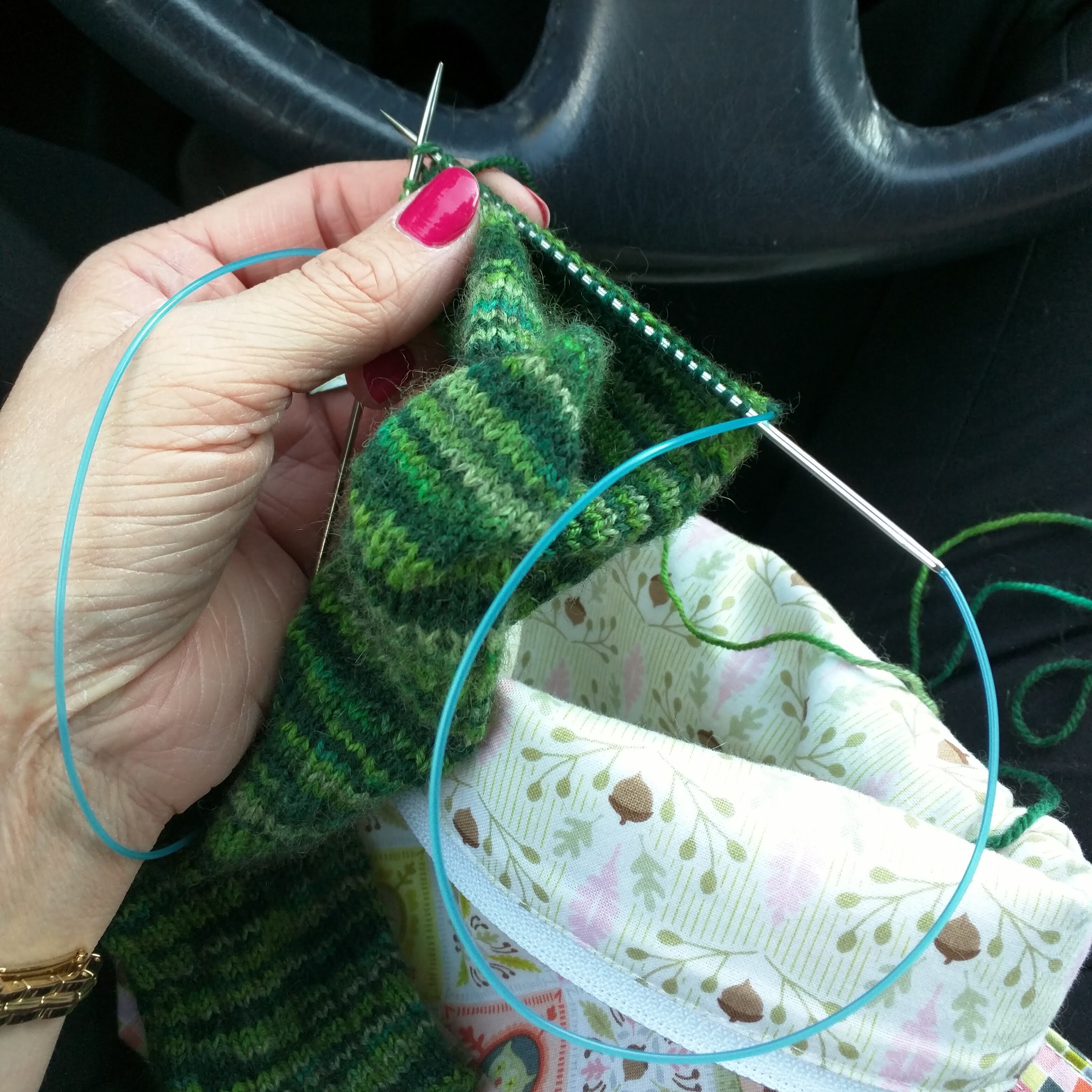 I did wind up casting on another pair of socks, but these are a gift so I won’t say much. 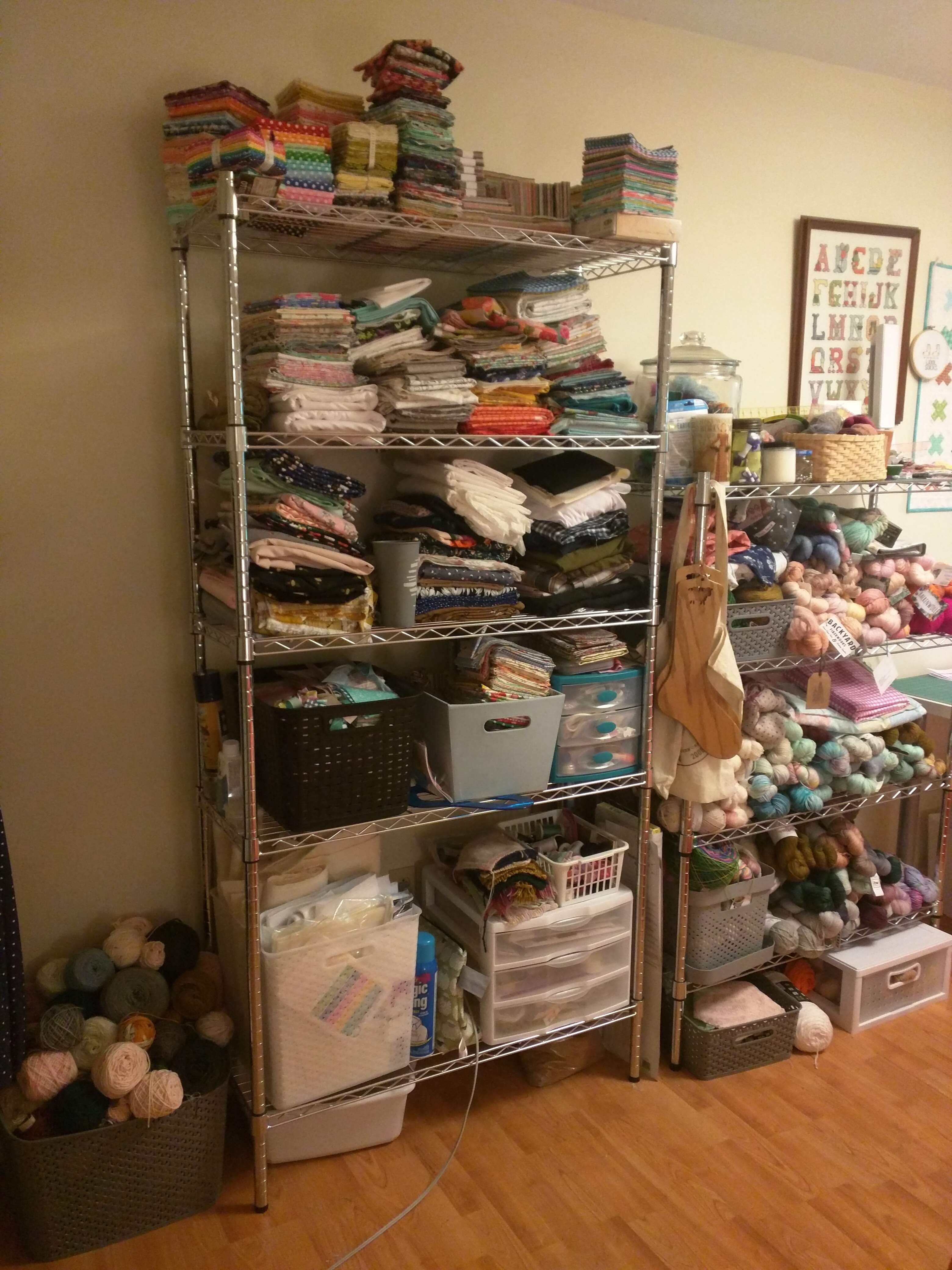 I’ve been spending a fair bit of time in the sewing room and the stash shelves were starting to look pretty rough. That’s the before… 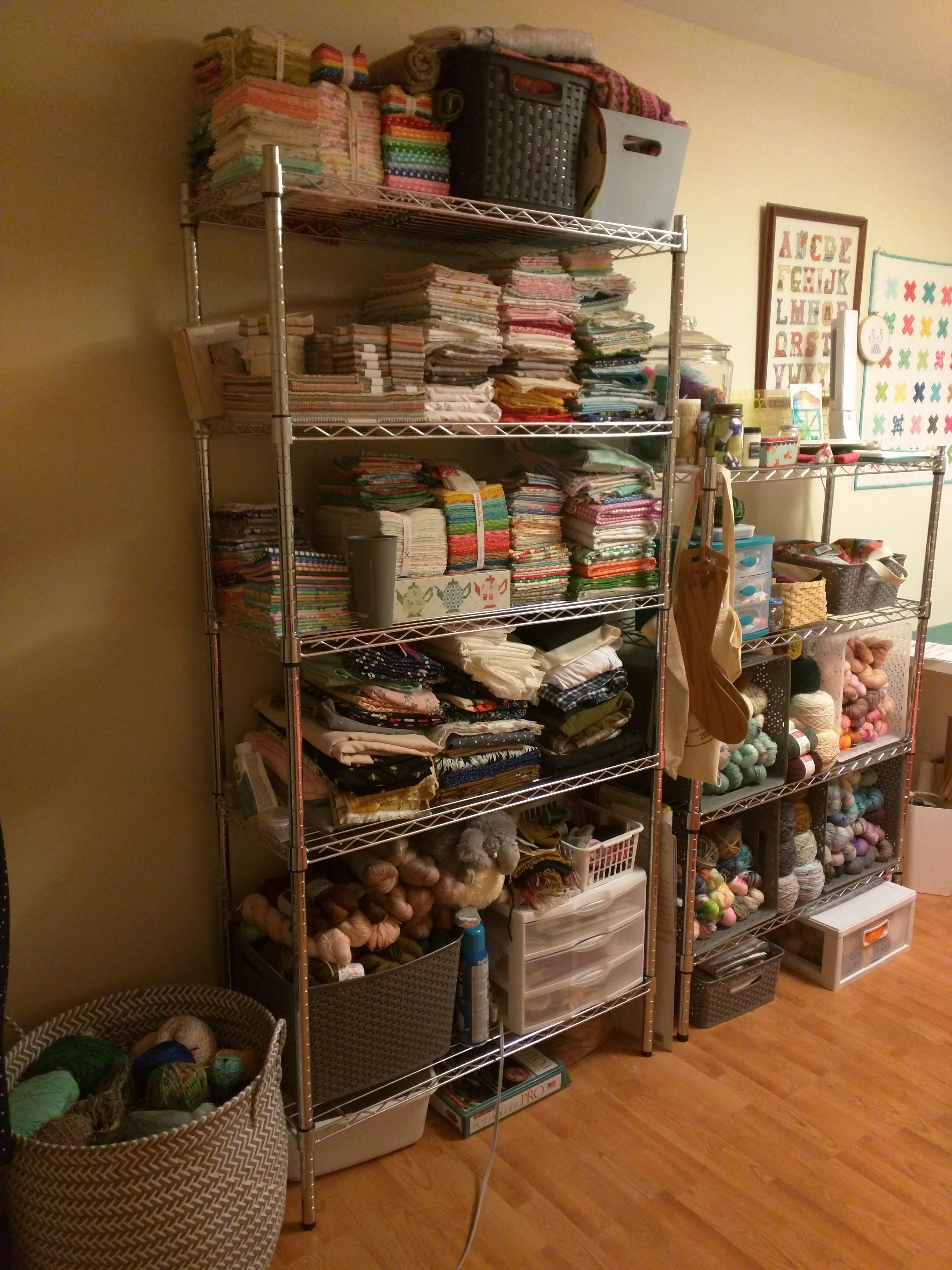 And this is the after! It’s pretty nice, if you ask me. 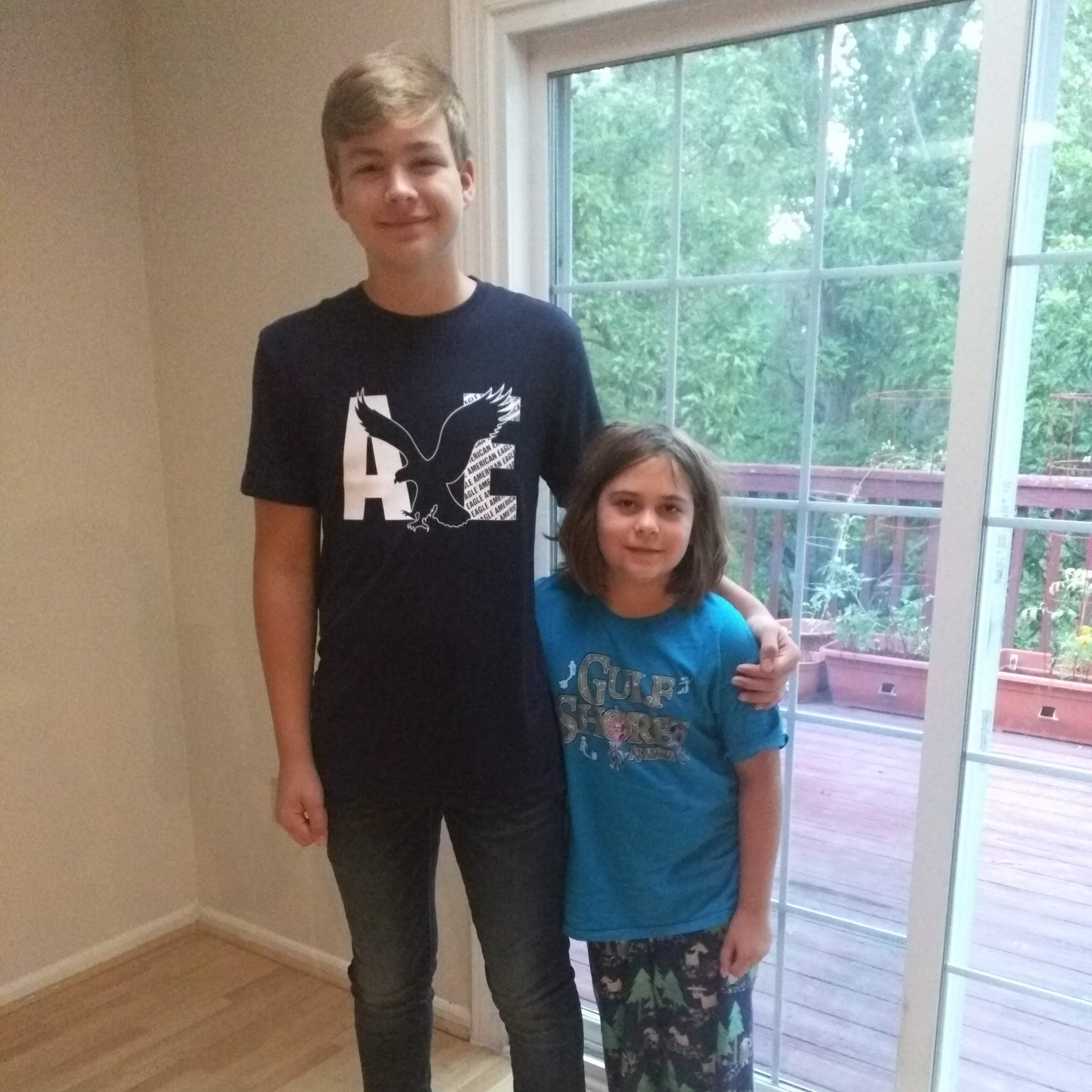 As I mentioned, the kids started back to school this week. This was at 6:30 right before Joshua walked off to his first day of high school. Astra was up early for breakfast with us, but her first day of fifth grade was hours away at this point. 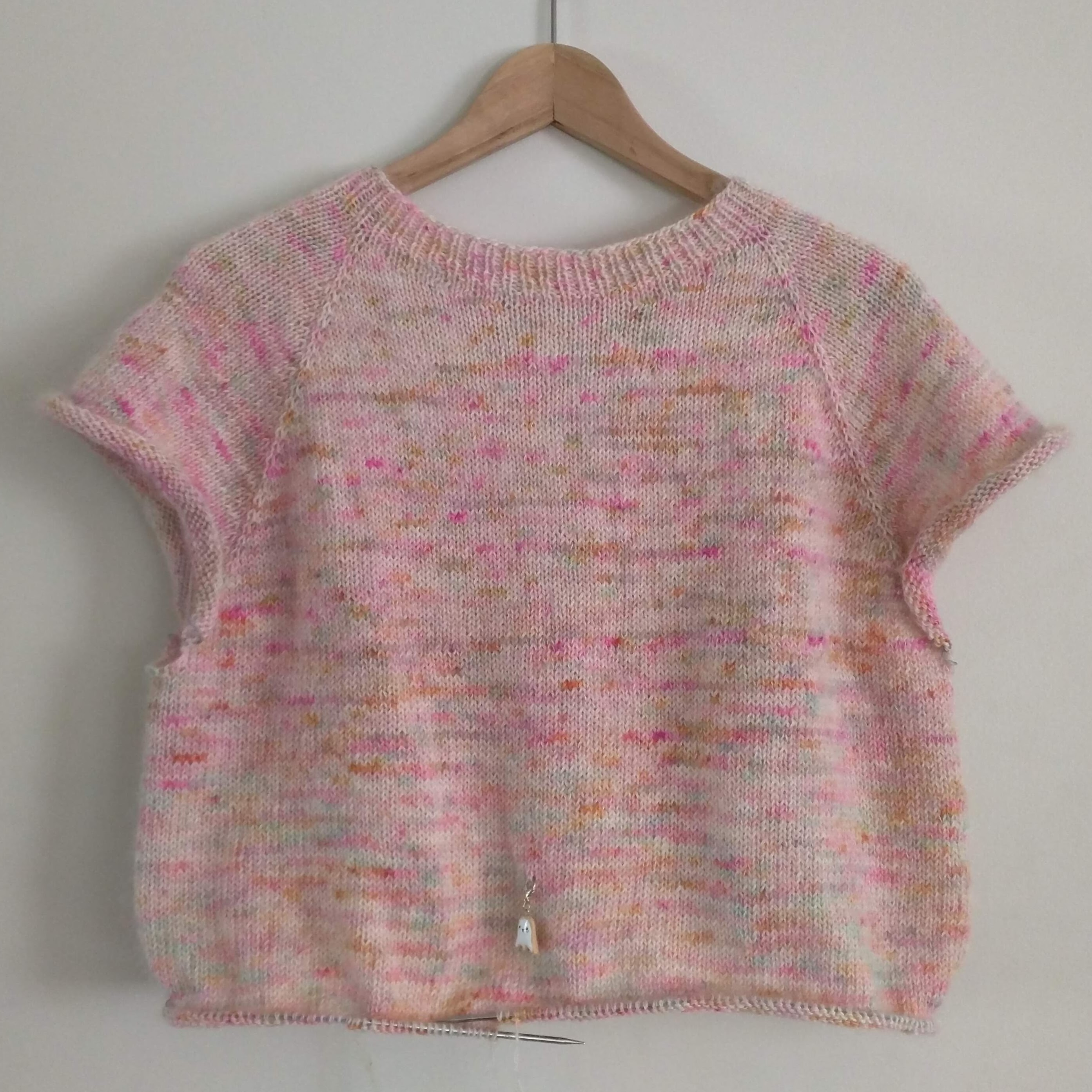 Something made me want to pick up my No Frills and knit a row or two and now I’ve been obsessed. I’ve only got a couple of inchs to go till the ribbing now! 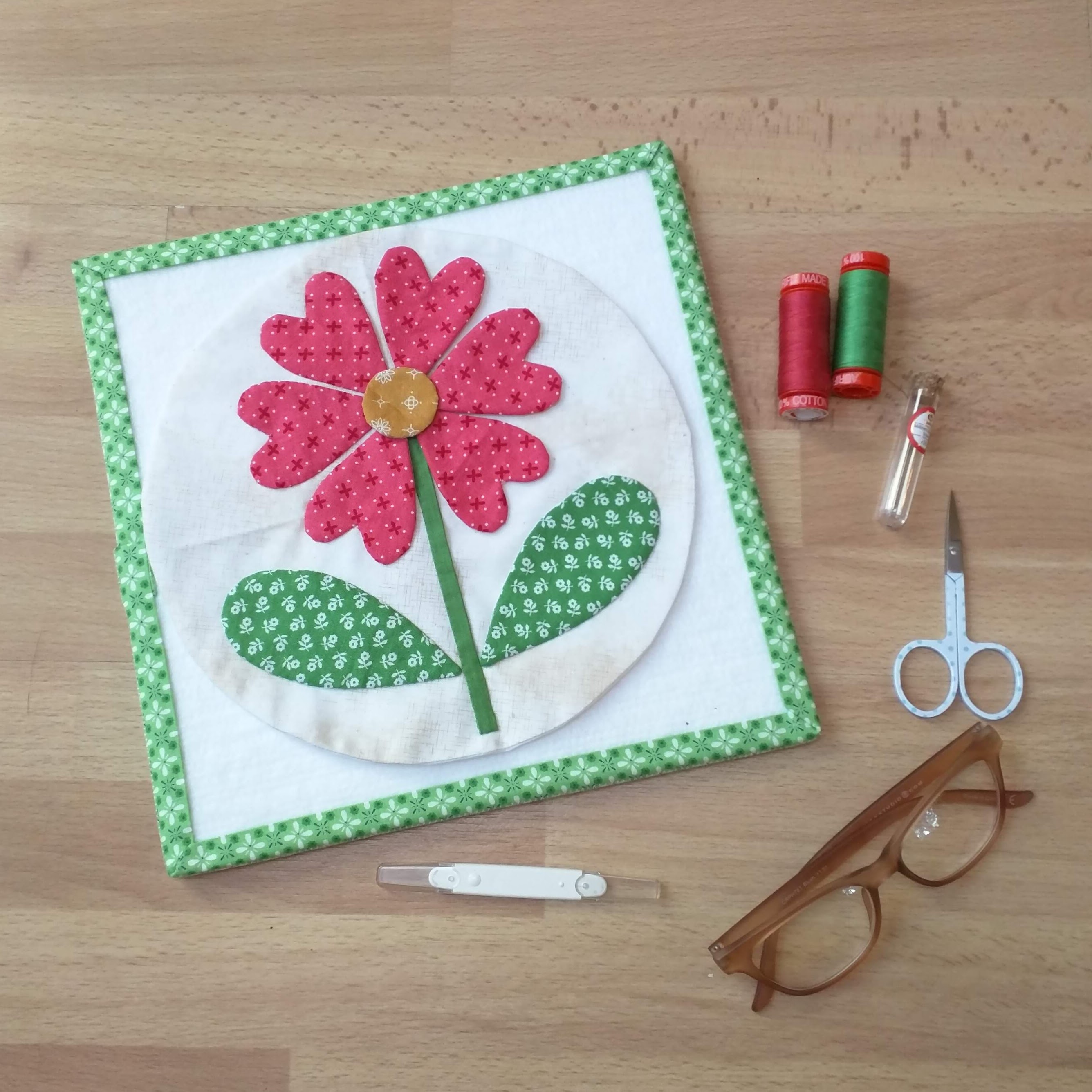 And last, but certainly not least, I have started an Everest of a project. This is the first block of my Granny’s Garden quilt, a fully appliqued monster of a quilt. I’m excited but this is definitley a long term project. I’ll have to ellaborate in another post, but let’s just say it took me about 18 hours to cut the thing out. Yeah.

Well, there you go. Not very much making for six-ish weeks but I’m trying to have peace with that. I do what I feel like doing and that’s ok. Sometimes I have to remind myself that I don’t have some quota to meet every year.

Making feels a bit all over the place at the moment, but I’ve really been just picking up whatever feels fun at the moment. At any rate, I’ve got some enjoyable projects going on right now, and I’m digging it.