I have underestimated the difficulty in taking nice pictures of my making on a daily basis. We have instituted a new morning schedule in our house, which means I leave before the sun is truly up and shining bright. And since it’s winter here in Maryland, I am also not really home before dark.

This is a temporary and small problem. But it has been a stumbling block to my drive to post this week. And so, in lieu of WIP pictures today, I thought I’d take a look back at a couple of fun knitalongs that I participated in last year and plan to do again.

I had hoped in 2015 to knit a dozen pair of socks and made it to 7. That was up from 1 pair in 2014, so I was happy with that progress. Last January, Kristen of the Yarngasm Podcast hosted a Box O’ Sox knitalong. The goal was to knit a dozen pairs and put them in a box. I finished my box in October, much to my great surprise and excitement.

I knit another 2 pairs after that, one for my mom and one for my Christmas Eve cast on. 14 total pairs of socks! I learned so much about fit and what I like in a sock. I am definitely going to knit another box o’ sox this year! 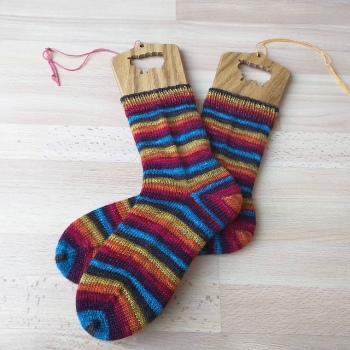 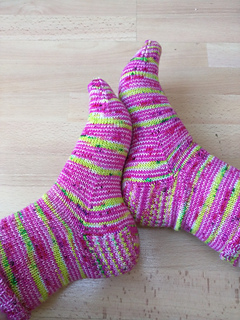 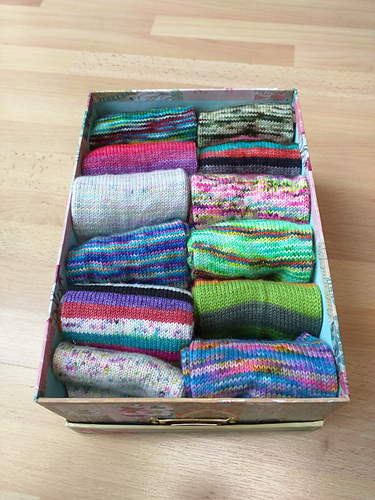 Note: if you hover over and/or click on the images you can see captions detailing the yarn colorway and dyer. I did manage to snap a few pictures of my first two pairs of socks for the year: 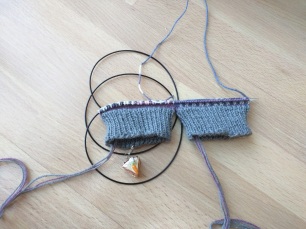 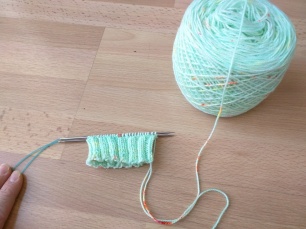 They were tiny starts this weekend, but hey, cuffs are my least favorite part.

When she was little(r), my partner’s daughter used to say that her favorite color was rainbow. I have always agreed with her that rainbow is one of the more superior colors out there. To brighten the dreary winter, Dianne of the Suburban Stitcher Podcast hosts an annual knitalong in February, called the Rainbowalong. The only requirement is to knit something rainbow. Last year I knit rainbow socks, or rather, martian rainbow socks: 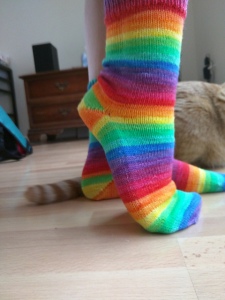 This year I have 2 pairs of socks planned… I do love to knit a rainbow.

5 thoughts on “I sure do love a knitalong.”